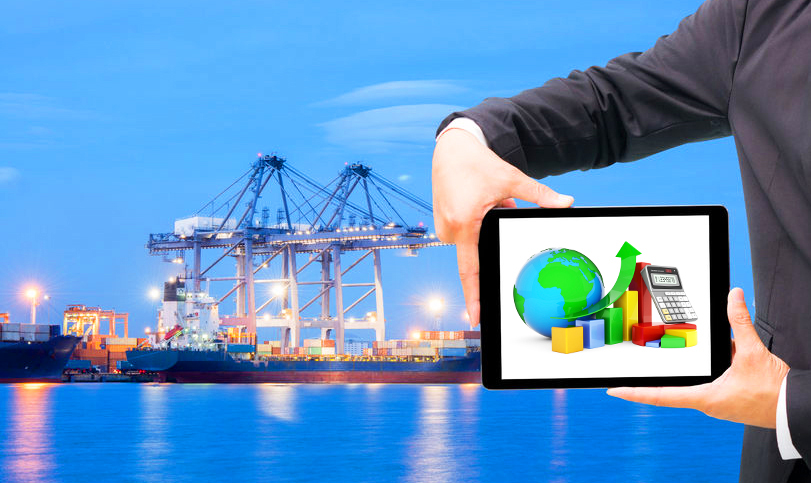 Intrastat declarations are used to record statistics for the real movement of goods between member states of the European Union (shipments and receipts). This system was reformed on 1 January 2005. As of this date, the threshold above which companies were required to make monthly Intrastat declarations to the Statistische Bundesamt (German Federal Office for Statistics) was adjusted to EUR 300,000 per calendar year (as opposed to EUR 200,000).

The purpose of the Intrastat declaration

The purpose of the intra-trade statistics collected from individual Intrastat declarations is to provide up-to-date information about Germany's intra-Community trade.
Prior to the introduction of the EU single market, this statistical analysis could be obtained from the customs clearance data, in the same way as it is still done for Extrastat (statistics for trade with non-EU countries). However, with the introduction of the EU single market for Community products making it unnecessary to declare goods delivered into another EU member state to customs, it is also no longer possible to obtain statistical information about intra-Community trade from customs clearance data.

Since various requirements still exist for accurately recording the flow of goods within the European Community (for example, accurate figures are necessary for trade policy matters, sectoral analysis, rules of competition, agricultural policy, regional development policy, as well as for scientific purposes), the Intrastat declaration now closes this gap and can be described as the “slimmed-down” customs declaration for statistical purposes.

Intra-trade statistics are a reporting obligation in all EU member states based largely on two European regulations:

Intra-trade statistics in Germany are devised to be central statistics, the organisation and execution of which is handled exclusively by the Statistische Bundesamt in the town of Wiesbaden.

As a rule of thumb, the following applies: With shipments, it is usually the party making an intra-Community delivery within the meaning of the Turnover Tax Act (Umsatzsteuergesetz, UStG) that will have a duty of disclosure. Therefore, for receipts, it is essentially the party making the purchase, defined in accordance with the Turnover Tax Act, who will have a duty of disclosure.

In actual fact, the personal scope of application is to be understood as something slightly broader. In principle, any individual person or legal entity (even within public law) which has a German VAT registration number and signs a contract with a foreign business partner for the movement of intra-Community goods (shipping and delivery) between Germany and another EU member state has a duty of disclosure in the first instance. In this case, it is of no importance whether it is the German business partner or the foreign business partner conducting and initiating the shipment of the goods.

On the other hand, if there is no corresponding contract between the inland (German) and overseas (foreign) business partner, it is the party conducting or initiating the shipment of the goods when goods are being shipped to an EU member state, or the party accepting or having their goods accepted when goods are being received from an EU member state, that will be required to make the Intrastat declaration.

Any party with a duty of disclosure can be represented by a third party when making the Intrastat declaration; however, this third party must be resident in the EU.

Exemptions from the general reporting obligation

With respect to the accession of the 10 new states to the EU on 1 May 2004, the following shall apply: To determine whether or not a company has exceeded the disclosure threshold on 1st May 2004, the imports and exports of the new EU member states between 2003 and 1st May 2004 need to be taken into consideration.

What reporting periods are used for the Intrastat declaration?

The reporting period is usually the calendar month in which the intra-Community trade has actually taken place. As an exception to this, the intra-Community trade can and must, however, also be reported in the following month if the invoice (including pro forma invoices and invoices for partial delivery) for the trade and the statistical reporting of this is not issued or submitted until the following month.

The Intrastat declaration is to be sent to the Statistische Bundesamt, Außenhandel, 65180 Wiesbaden, Germany, within 10 working days of the end of the reporting month. This period cannot be extended. This also applies even if an extension has been granted by the relevant tax office for an advance return for tax on sales / purchases.